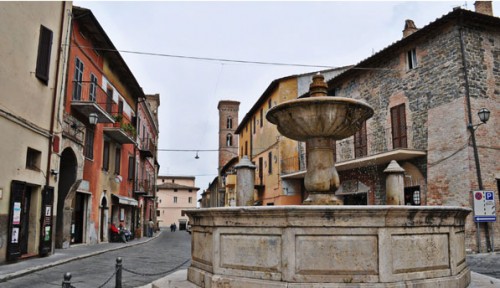 Consoli’s square with its fountain, Deruta.

Deruta is an ancient town located on a hill, 15 kilometres from Perugia. The access to the oldest part of town is possible through the three old gates: Porta Sant’Angelo, Porta Perugina e Porta del Borgo o Tuderte. 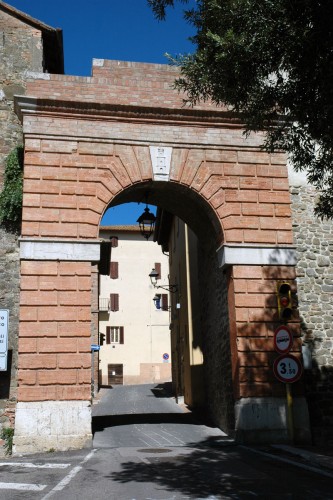 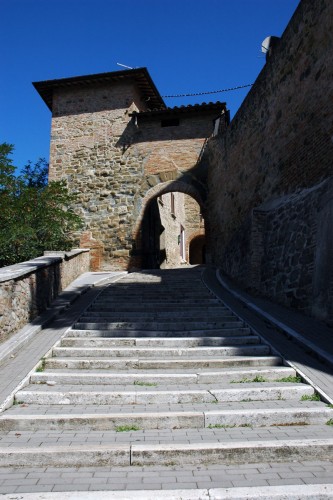 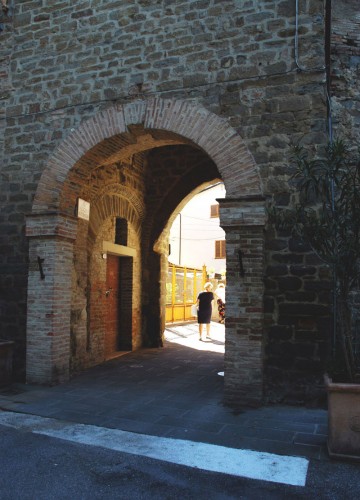 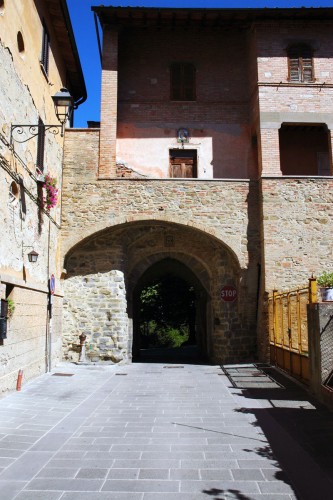 Immediately after walking through Porta Sant’Angelo there is a rectangular square named Piazza dei Consoli, with its beautiful fountain, built in 1848 by order of Deruta’s ‘quinqueviri’. From here is visible the bell tower of San Francesco Church, the principal religious building in Deruta, already existing in the XI century under the name of Santa Maria. In the XIII century the Franciscan monks adopted the church building as their own and they rebuilt in Gothic style, changing the name to San Francesco. The church shows a very simple stone facade, with only a rose window and a gothic church door. The interior, with a single nave, houses most of the old painting collection. On the right wall there is a fresco with Sant’Antonio da Padova and his miracles (XV century), on the left wall there is ai big fresco from XV century with Madonna con Bambino and Saints by the local artist Domenico Alfani e Giovan Battista Caporali. 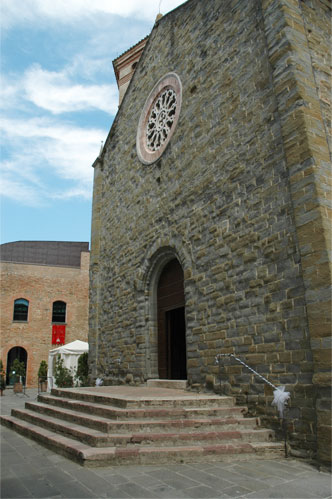 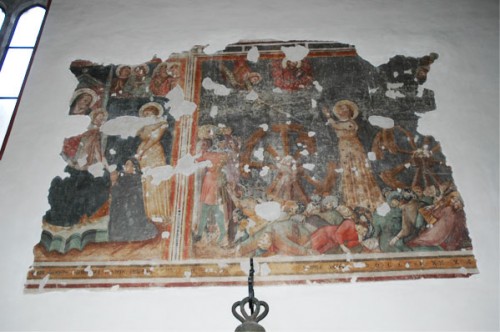 Fresco with scenes of the Saint Chaterine’s life.

In the presbytery walls are painted the Four Evangelists and in the apse is painted The Resurrection of Christ (XIV century). On the left wall there is a tiled work with Santa Caterina d’Alessandria, patron of ceramists, and a beautiful view of Deruta (1919), a Martyrdom of Santa Caterina and a Madonna con Bambino, Santa Caterina and the Donor (XIV century). The church housed also a very important fresco with God Father blessing, San Romano, San Rocco and a view of Deruta attributed to Pietro Vannucci, better known as Perugino. This fresco, detached in 1953, is today housed in the Civic Picture Gallery. Next to the church is the former convent of San Francesco, now the premises of the Regional Museum of Ceramics. 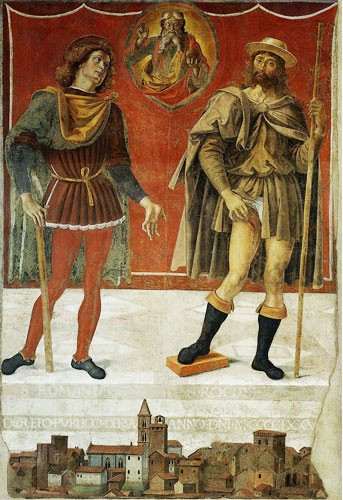 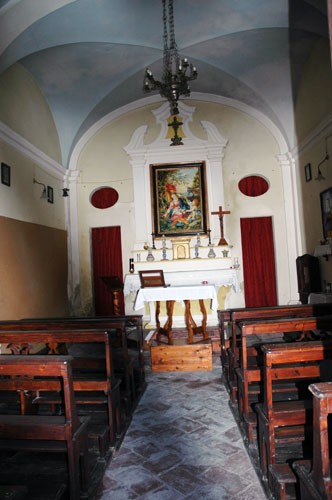 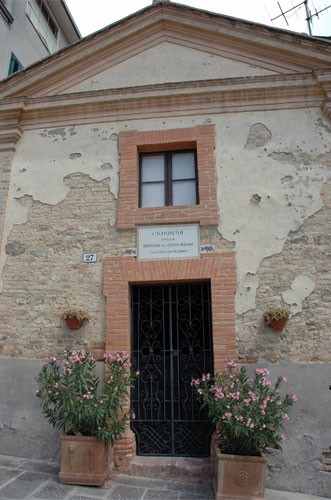 Sant’Anna Church is an other sacred building in Deruta. The tiny church, built in the Fifteenth century and completely renovated in Eighteenth century, shows a very simple stone facade, with only a portal and a big central window, in place of the rose window, with an artistic stained glass represented Sant’Anna e la Vergine. The interior, with a single nave, contains an altar, housed a canvas with Madonna col Bambino, Sant’Anna, San Gioacchino e San Francesco and two side niches. 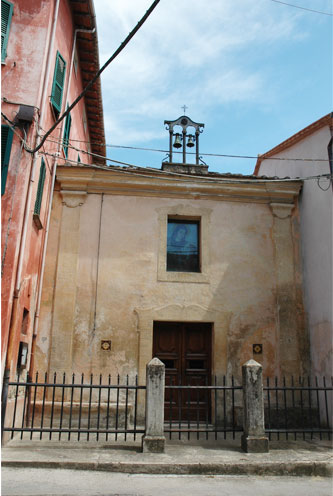 The Church of Piagge, along Via Tiberina, was built in 1601, at the behest of the judges of Deruta. Its front is adorned with a beautiful majolica by the ceramist Amerigo Lunghi, and inside there is a fresco with Madonna col Bambino by a local mannerist artist. 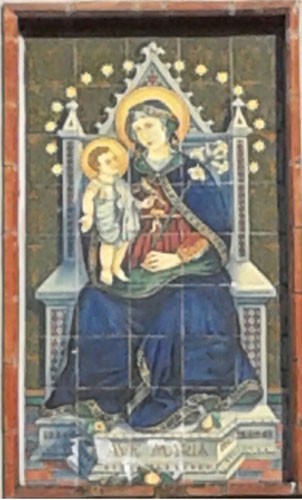